It is time to open your eyes!

And learn that Neural Networks and Artificial Intelligence are not the same statements. 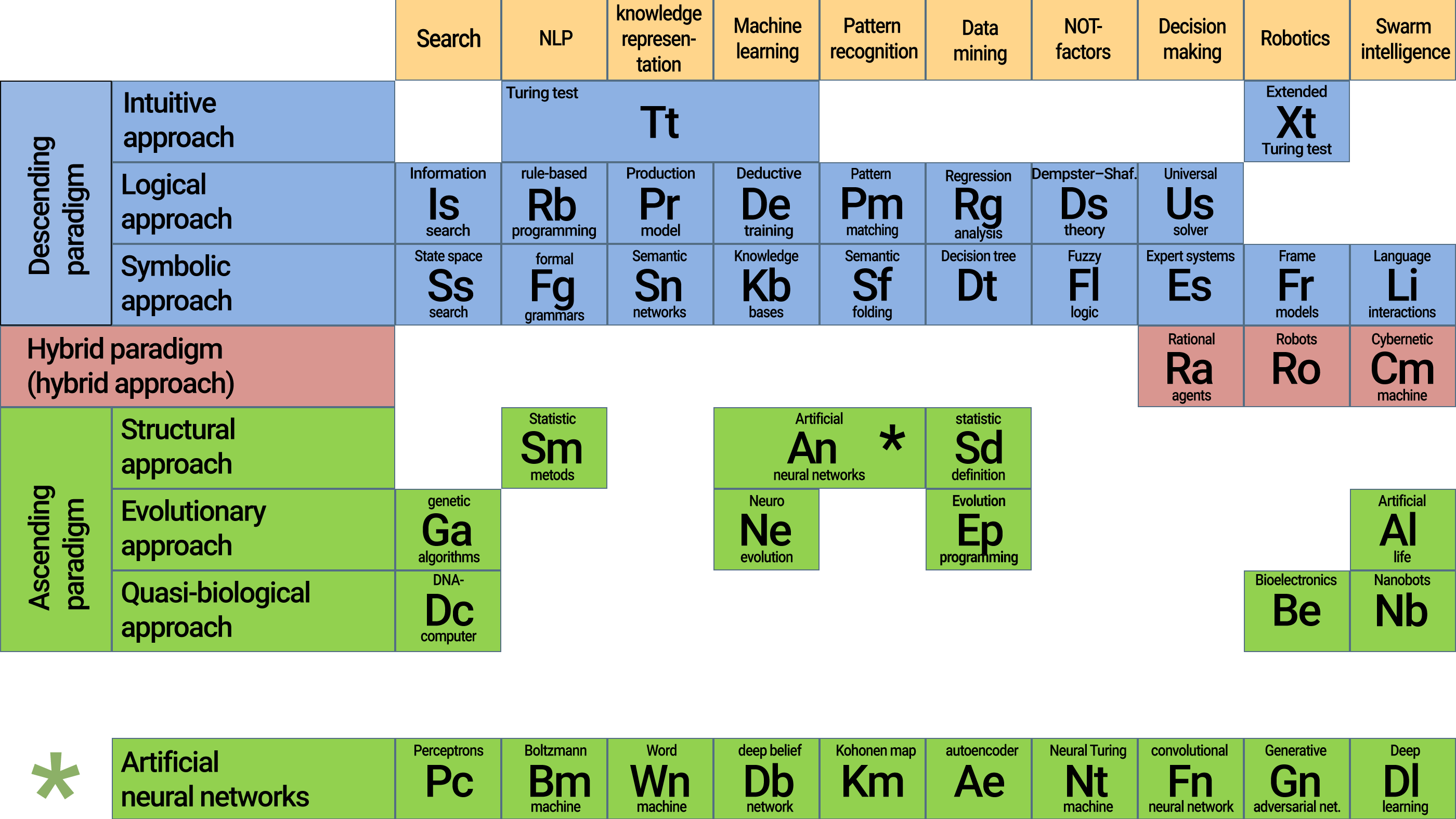 Existing approaches and technologies in Artificial Intelligence (by Roman Dushkin)

AGI technology by MSL and its general structure

Our technology is based on the Intellectual Core. The Intellectual Core is a complex software package that includes various methods for storing and processing knowledge. Core is a hybrid model that consists of many layers of knowledge at different levels of representation and abstraction. Due to the modular structure, these layers can be arranged and configured so it is possible to assemble intelligent systems for various purposes on the basis of the core: from intelligent assistants to robot control systems.

Each layer combines knowledge and methods of its processing at some level of abstraction. A layer can be created within the framework of some kind of model. Also it can be a strong hybrid that uses several approaches to solve problems at once.

The layers are organized in a hierarchical structure in such way that it is unnecessary to use all of them every time — just to select the necessary ones.

The layers are interconnected by the principle of a weak hybrid. Moreover, the layers can be divided into two types: physical and logical. The physical layer represents a separate technology, the logical — a separate body of knowledge.

The work inside the core is performed by a hierarchical multi-agent system.

This approach allows us to find new practical ways of development and go beyond the limitations that researchers in the field of Artificial Intelligence face.

What makes us different

Most modern approaches to AI rely on the Deep Learning. This approach has been successful with recognition and synthesis of speech, as well as in problems of clustering and decision making. But this approach, in its current and predicted form, is not very suitable for creating general artificial intelligence and has many drawbacks.

In our laboratory we use the descending approach, modeling the higher intelligence functions first. We don't use one specific task – we create a technology for solving any problem within the framework of a system. We use at once several approaches to present and work with knowledge and take into consideration the future interaction of several AI cores in a single ecosystem.

Some of Techs We Use

The most important advantages of the Hybrid AI technology by MSL

All AI’s chains of thought and lines reasoning can be tracked, documented and explained

The structure of knowledge of AI allows to transfer it from one core to another without any leakages of data. Moreover, it is possible to input knowledge in the system as a plain text.

The system can be trained with any amount of raw data. All training requires one iteration. Also there are methods to control and edit new knowledge.

Knowledge is arranged in a multi-level hierarchical structure. Learning mechanisms allow to check the consistency of new and previously obtained knowledge.

AI’s knowledge can be extended without losing the previously obtained knowledge. In addition, there are mechanisms of forgetting which do not lead to the loss of knowledge integrity.

Knowledge can be gradually accumulated in the system. It is possible to store contradictions, vague knowledge, etc.

The core processes and stores information in a form independent of the natural language.

It is possible to assemble a solution suitable for certain tasks from the components of the core. This solution will use all the power of the core and will not include models that are unnecessary for the task.

The core can operate isolated from the Internet and cloud servers.

Any “Weak Hardware”, any OS

The structure of knowledge and work algorithms is developed without any dependencies on the operating system or hardware. All you have to do is just to transfer the core of the AI from one operating system to another.

Also, there are no combinatorially complex calculations in the work of agents, which allows you to run the core on a "weak hardware".

This is a feature of architecture that allows you to store knowledge in various sections. It gives the flexibility to represent any objects and phenomena in the intellectual core.

Each core layer is optimized for certain types of knowledge and stores them in the most compact form. It allows to significantly save resources.

At the moment, the core of AI and all its knowledge take about 7 megabytes.

Check out the presentation for more information 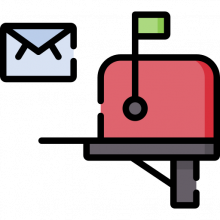 Do you still have questions left?

Send Us a Message